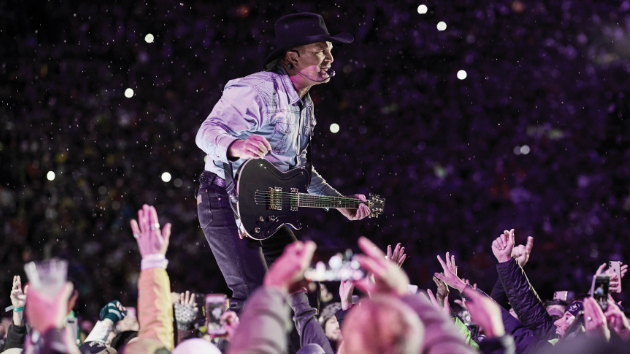 Garth Brooks has yet to officially debut his new tattoos; but he has a strong feeling that those pictures are out there, somewhere…

That’s because one of his tatts was visible during a recent performance.  Brooks says, “Okay, so if you look, I’m sure someone will have — I wore a three-quarter sleeve at the Bluebird the other night, and I noticed I had my arm around Pat, and some of it was showing.  So, I’m sure you will see a picture of it somewhere out there.”

There is a video of the performance, but Brooks’ tattoo is obstructed in the shot.

Earlier, he shared a little bit more about his tattoos and said, “The design is all about … ivy.  ‘Cause my mom was a green thumb, my oldest daughter’s a green thumb, and it has all the dates of my life of the people that made me wanna live this life.  So, pretty cool.  I like it.  I never understood about having your three girls by your side the rest of your life.  It’s like, you know they’re gonna be there anyway; but it’s pretty cool to have it in ink.”