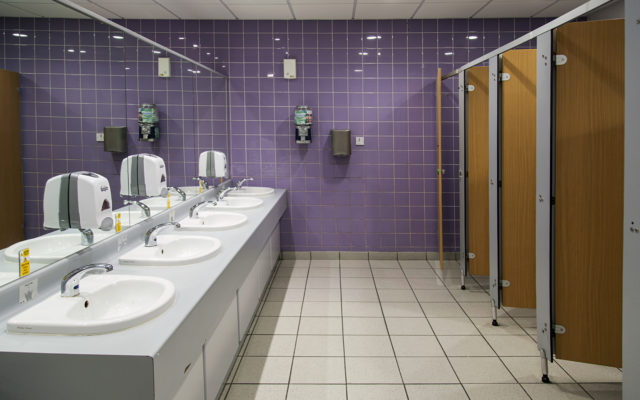 An intimate moment, but in a public bathroom, led to the arrest of a 37-year-old woman, in Florida.

She allegedly caused $500 in damages, during the Tuesday afternoon encounter, at a bar called Irish 31 in Seminole.

It ended with a broken sink, torn right off the wall.  Her “gentleman” friend was not charged.

The culprit was charged with criminal mischief, a misdemeanor.

Staff had seen the couple get intimate, in the restroom, and had asked them to leave.  But they returned to the bar…  and, ultimately back to the sink.  That’s when staff called police.

The Smoking Gun also reports that the restaurant’s owner wanted to press charges.  So, she was charged with criminal mischief, which is a misdemeanor.  She was later released on her own recognizance.  It doesn’t appear that her lover faced any charges.