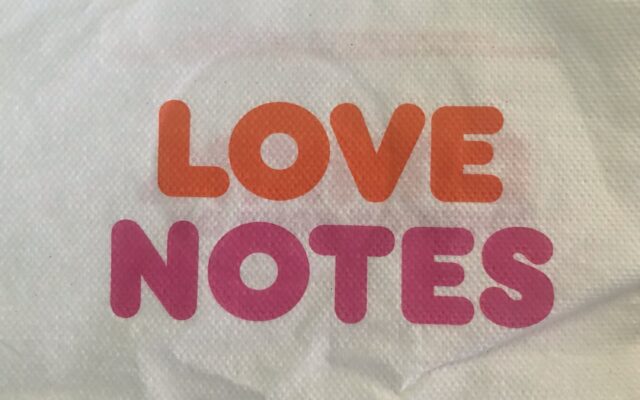 What Could Go Wrong?  A Preschooler’s Sweet Note for Teacher Mortifies Mom

You never know what kids might get into.  Or maybe you accidentally hand it over.

Brinn Williams got a text from her daughter’s school director on Wednesday (April 6th), about a card which her little daughter, Ruby, had brought to school to give to her teacher.

Williams says, “Ruby loves to draw and color and create cards for everyone.  Last night, she asked if she could use some of my stationery.  I have rainbow stationary so I was like ‘Sure, of course, go ahead.’”

She adds she forgot she had a box of cards out on her desk.  The teacher then texted her a photo of the card Ruby had given her teacher which read “A best friend you can have sex with” on the front and “how great is that” on the inside.

Ruby had drawn figures and written “I love you” on the inside of the card.

Williams explained that she was embarrassed by the whole thing, and that Ruby, “[…] can’t read, but my guess is that she saw a card with a lot of blank area [inside] to draw her picture.”

To prevent any similar issues in the future, Williams says she plans to make a special space for Ruby to create, and her own box of stationary to pull from.