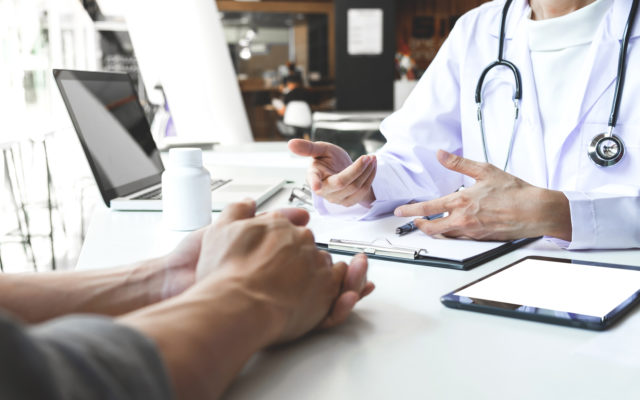 Healthcare and Medical concept, patient listening intently to a female doctor explaining patient symptoms or asking a question as they discuss paperwork together in a consultation.
Study:  Poor Outcome More Likely When Patient Is Female, Surgeon Is Male

It turns out it’s better to have a surgeon operate on you if that doctor is the same sex as you.

In a Canadian study of 1.3 million people, results show that women who underwent elective or emergency surgeries with male surgeons had a 15-percent higher chance of dying, experiencing a major complication, or getting readmitted to the hospital within 30 days, than they did if a female surgeon performed their surgery.

By contrast, men experience similarly good outcomes, regardless of their surgeon’s gender.

And women had better outcomes when they were operated on by women.

Study author Dr. Christopher Wallis says, “Patients should seek to find surgeons whom they trust and communicate well with.”

Previous studies have shown that female doctors tend to listen more; and their patients may fare better, as a result.