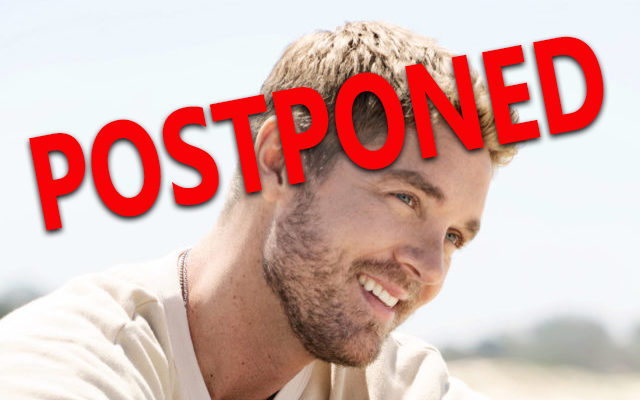 Brett Young has captured the hearts of fans everywhere through his honest lyrics and West Coast-meets-Southern sound, aptly dubbed “Caliville” style. Brett’s sophomore album, TICKET TO L.A., hit the No. 1 spot on the Billboard Country Albums Chart upon release and features PLATINUM-selling lead single “Here Tonight.” Written alongside Ben Caver, Justin Ebach and Lady Antebellum’s Charles Kelley, “Here Tonight” marks Young’s fifth consecutive No. 1 single. The follow-up “Catch” is currently Top 15-and-rising on the charts. TICKET TO L.A. follows the 2018 ACM Awards New Male Vocalist of the Year’s PLATINUM-certified, self-titled, debut album. The 2018 ASCAP Country Songwriter-Artist of the Year penned 11 of the 12 tracks on this Billboard Music Awards-nominated project, which also produced four consecutive No. 1 radio hits: PLATINUM “Sleep Without You” and “Like I Loved You,” 2X PLATINUM “Mercy,” plus 5X PLATINUM “In Case You Didn’t Know.” The latter was honored as the BMI Country Awards’ 2018 Song of the Year. Along with the success of his over 2.3 billion in total song streams, he continues to impress the genre and beyond with nominations from the ACM, CMA, Billboard, Teen Choice, iHeartRadio and most recently a CMT Music Awards nod for Performance of the Year for his “Motownphilly” collaboration with Boyz II Men for CMT Crossroads. Drawing in a devoted fan base with his unique voice that is “a gentle and seductive combination of silk and gravel” (All Access), Young has carved out his own lane in both performance delivery and songwriting. “Sleep Without You” earned Brett two Association of Independent Music Publisher (AIMP) Awards nods: Writer of the Year and Song of the Year in addition to being honored at the 2017 ASCAP Country Awards for a Top Country Song. Above the industry successes, his relationship with fans found Brett selling out stops on all three of his headline tours: CALVILLE TOUR, CMT ON TOUR: HERE TONIGHT and most recently THE CHAPTERS TOUR. He has also toured with Luke Bryan, Thomas Rhett and Lady Antebellum and will hit the road with Jason Aldean this summer. He is also promoting his Caliville clothing line in partnership with Kohl’s.

When you grow up in the middle-of-nowhere Northeast Louisiana, a 20-minute drive from the nearest town, you learn a few lessons early on. Chief among them is this: If you want something done, you’ve got to make it happen yourself – even if it’s becoming a bona fide Country star. Just ask Curb Records talent Dylan Scott.

“You have to work at it if you want it,” the hitmaker says. “You can’t sit back and expect someone else to make it happen for you, you’ve gotta do it yourself.”

Scott has lived by that mantra his whole life, and lately he’s been rewarded for the effort. With his romantic, PLATINUM-certified #1 hit “My Girl,” GOLD-certified Top 5 smash “Hooked,” and Top 5 breakout album DYLAN SCOTT, he’s transformed real-life experience into chart-topping success, sold out some of the nation’s most famous venues on headline tours, and performed for millions on national TV. And now with his electrifying NOTHING TO DO TOWN – EP, a new chapter begins – one that proves no matter how far Scott comes, he won’t forget where he started.

For breakthrough country artist Jimmie Allen, a simple phrase sums up his view on life and music: Never give up.

A native of Southern Delaware – the region he describes as the “slower, lower” part of the state, and locale of Mercury Lane (the namesake of his debut album) – Allen has carried that mantra with him through good times and bad, whether than meant living in his car or rocking amphitheaters on Toby Keith’s Interstates & Tailgates Tour.

“I didn’t quit, I never will,” he says. “Stuff ain’t easy, and you shouldn’t quit either. There’s a big difference between busting your ass, and sitting on it.”

For Allen, musical dreams and a love of true-to-themselves artists like Alan Jackson, Aaron Tippin, Montgomery Gentry, and Jason Aldean brought him all the way to Nashville – and eventually around the world for an Armed Forces Entertainment tour of Japan.

But it was actually a nightmare which turned this promising singer into the artist he is today. After a series of bad breaks Allen was forced to live in his car, too proud to ask for a bail out. For months he worked multiple jobs and finally saved enough for an apartment but hit then another snag – Country music wasn’t ready for him.

“People were just trying to help,” he says now. “But they wanted me to change my sound and told me I had to lose my boots. The turning point came when I stopped listening, and finally let my music be a natural reflection of who I am.”

Since then Allen has been following his own compass, and it has lead him  somewhere special. Now signed to BBR Music Group/BMG, his diligence is paying off. Kicking off 2018 being recognized on nearly every “Ones to Watch” list, this year has proved to be a turning point in the singer’s career as he raced through milestones that most only dream of—earning a standing ovation while making his Grand Ole Opry debut, cracking the Top 20 with his first-ever single and checking off many major bucket list items in between.

“I don’t regret the hard times,” he explains about his trials. “I think each thing you go through adds a layer, whether it’s a layer of toughness, perseverance, motivation, or just a layer of wisdom. At the end of the day you come back to what you know, and what’s embedded in you.”

Those driving forces formed the bedrock Allen’s debut self-titled EP, a cutting-edge mix of country, rock, R&B, and pop which digital streaming fans across all genres instantly latched onto when it dropped in October 2017.

“The response to my EP was incredible, I remember being onstage one night last November and nearly fell speechless as the entire crowd sang ‘Underdogs’ back to me for the first time—I’ll never forget it, it was a true ‘pinch me’ moment, especially because that song has become somewhat of the anthem for me and my journey.”

Mercury Lane, Allen’s first full-length album, delivers upon the same infectious groove that struck fans in his EP. Kicking off with dance-worthy tunes like “American Heartbreaker” and “Make Me Want To,” listeners will get an immediate helping of Jimmie’s signature playful sound. Rounded out by more introspective songs like “Wait for It” and “High Life,” as well as tracks like “Boy Gets a Truck” and “Love Me Like You Do” that allow his buttery smooth vocals to soar, Mercury Lane showcases the many sides of Jimmie Allen.

With her first new music since 2015 MacKenzie Porter presents a pair of no nonsense, hook-laden tracks that are timely and timeless. Scheduled for release on November 30th on Big Loud Records, ‘About You’ and ‘Drive Thru’ showcase the Nashville-based, Canadian born singer/songwriter’s substantial chops as a vocalist and songwriter as never before.

Produced by Joey Moi (Florida Georgia Line, Dallas Smith, Jake Owen), Porter’s latest songs find her treading the line effortlessly between modern and traditional country and displaying a depth of musical experience and emotional range as a performer that can only be accumulated by someone who first took to the stage as a youngster.

Growing up in Alberta on her family’s working ranch near Medicine Hat, Porter came by her country bona fides honestly. “At my house somebody was always singing at the top of their lungs 24/7, and my father and grandfather always played country radio while we worked. So that’s how I fell in love with country music.” At age four Porter also began studying classical piano, violin and voice. Beyond lessons, she also performed regularly with her siblings and cousins in the family’s band.

After relocating to Vancouver in her late teens she fell deeply in love with songwriting and recording her own material and, in 2013, released her self-titled debut album. Over the next three years she garnered nominations for prestigious Canadian music awards including the 2015 JUNO for Country Album of the Year and the CCMA Award for Female Artist of the Year three years running. Over time she’s also toured extensively on her own and in support of artists such as Kenny Chesney, Rascal Flatts and Blake Shelton. Additionally, in 2016, Porter was featured on Chris Lane’s ‘Circles’ from his Top 10 US Country record, Girl Troubles.

Since making the move to Nashville in 2014 Porter has continued to develop her chops as a songwriter with a variety of A-list talents including Nicolle Galyon, Craig Wiseman, Natalie Hemby, Tommy English and others. And while her powerful delivery and chill-inducing harmonies have invited comparisons to other artists, MacKenzie Porter has a style and a singular voice as a songwriter and performer that’s uniquely her own.