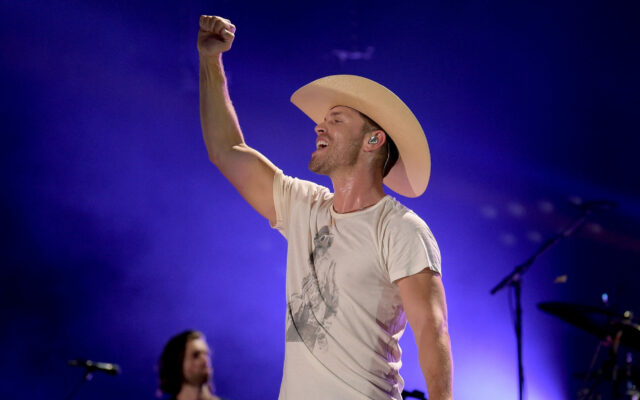 Dustin Lynch has announced his upcoming fifth studio album. On ABC’s Good Morning America he said, “This has been a fun secret to keep!” According to Dustin, the new album, Blue In The Sky, will be a collection of feel good songs that will make you “want to mix a drink and party with your friends.”

The 12-track collection includes collaborations with Riley Green, Chris Lane, and MacKenzie Porter. Five of the songs have already been released. It’s available now for pre-orders and will be released on February 11.