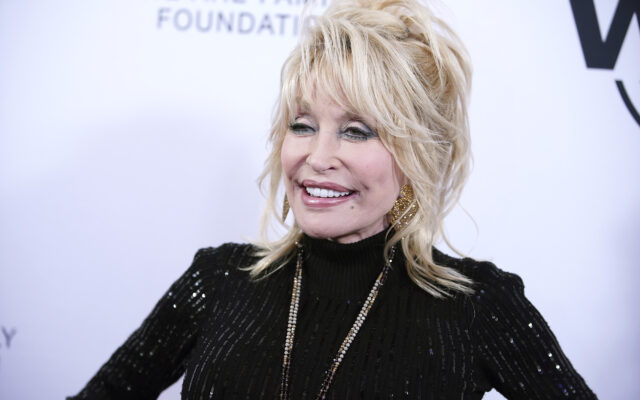 Though she had previously asked the Rock & Roll Hall of Fame to withdraw her nomination for possible entry, Dolly Parton now says she will “accept gracefully,” if she’s inducted.  That’s from to an interview she did on Friday (April 29th), for NPR‘s Morning Edition.

The Hall of Fame decided to keep Dolly on the ballot, despite her decision to withdraw.

Dolly’s change of heart comes after she learned more about the requirements to be inducted into the Rock & Roll Hall of Fame.  She said, “So I just felt like I would be taking away from someone that maybe deserved it, certainly more than me, because I never considered myself a rock artist, but obviously, there’s more to it than that.”

And it comes after Devo front man, Mark Mothersbaugh, publicly stated that he thinks Parton belongs there.

Despite Parton declining her nomination last month, Mothersbaugh says he voted for her anyway: “I think she has as much right as a rapper would – she has every right to be there.”

He added, “Her music, whether she knows it or not, has a lot of rock elements in it.”

The class of 2022 inductees will be announced this month.