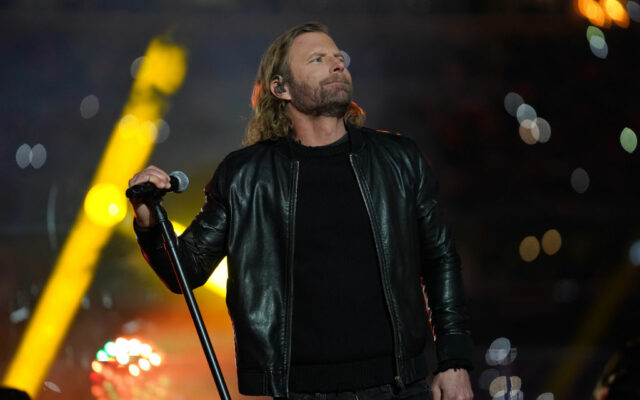 Dierks Bentley‘s latest single, “Beers On Me,” featuring Breland and HARDY climbs to the top of both the Mediabase/Country Aircheck and Billboard‘s Country Airplay charts this week. This is Dierks’ 21st career Number One hit. It will be included on his upcoming studio album.

“Beers On Me” was co-written by Breland and HARDY, among others, but is Breland’s first-ever Number One hit as both an artist and a songwriter. Dierks tells us it was his honor to help Breland achieve that goal.

“Helping an artist get their first Number One as a songwriter and as an artist, it’s pretty special, you know? I’ve had a lot of firsts in my career so you’re always looking for something new or exciting to get excited about and for me that was huge. Obviously, HARDY doesn’t need my help. He’s doing pretty good (laughs) on both fronts, but it felt good to be part of Breland’s early career right now. He’s got so many great things going on and he’s just on fire. He has so many friends in the business and is such a talented kid so to have a chance to be part of a couple firsts in his career feels pretty good.”

Dierks’ headlining Beers On Me Tour will launch on June 3rd in Wilmington, NC with special guests Ashley McBryde and Travis Denning.

His third Seven Peaks Festival is set to take place over Labor Day Weekend, September 2-4, in a new scenic setting of San Luis Valley in Villa Grove, CO. Passes will go on sale to the general public this Friday (April 22nd) at 10 a.m. MT at sevenpeaksfestival.com. Morgan Wallen will headline this year’s Festival alongside Dierks.