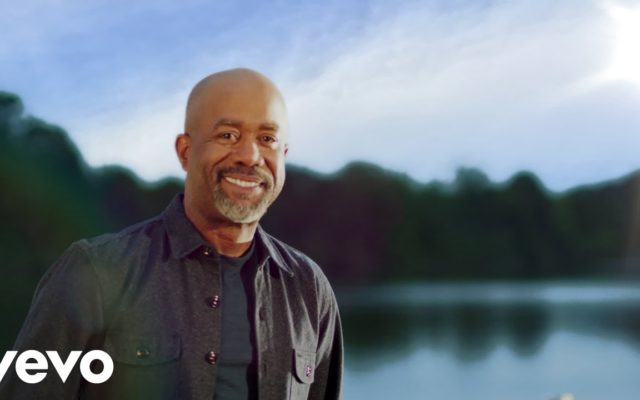 Darius Rucker knows what teamwork is all about. The three-time Grammy winner served as the frontman for the rock band, Hootie and the Blowfish, and has achieved major success in country music.  Rucker tells ABC News, “When you are up there with a band and playing a song, we have to play at the same tempo and have to play all the right notes…Football is a prime example. You can’t have guys doing all different things on a play than what they are supposed to.” Rucker, an avid football fan performed during the 2018 Superbowl and now will partner directly with the NFL for his new “Darius Rucker Collection” by Fanatics.  Rucker, a Dolphins fan, doesn’t mind wearing rivals fanwear including the green and gold, “[I] picked up the Packers and looked and saw the logo of the NFL and my name on it…I am such an NFL freak and love the game so much, and the fact I am doing anything with the NFL is awesome. I would wear everything,” says Rucker.  If you could work with anyone in your field who would it be and why?