During a visit with Taste of Country Nights, to talk about his new single, “How You Make a Man,” Craig Morgan saw the single artwork for Blake Shelton‘s new song “No Body.”  His reaction is priceless.

In it, The Voice coach sports really long hair, as part of a retro appearance.  Blake’s holding his belt buckle and wears a Western shirt with embroidery.  His hair looks dirty blond.  And he’s got a (kind of ridiculous, retro-country) daring expression for the camera.

“That’s not the new artwork,” Morgan says, blurting out a big laugh.  “Oh, that’s good.  Oh my gosh.  I don’t know what he’s thinking.  That’s gotta be a wig.”  Morgan continued, “He really shouldn’t be that proud,” Morgan adds.  “He should not be that confident.  He is, in my opinion, Blake is one of the better singers in our format — I don’t think Blake gets enough credit for his singing ability, because his ignorant humor sometimes overpowers his singing.  But he should never be that confident.”

It’s well-known that the two country music superstars are very good friends.  They’ve got some really funny duets on YouTube, in which they absolutely lambaste each other.

But, on a serious note, it was Blake who lobbied to get Craig’s song “The Father, My Son and the Holy Ghost” the attention he thought it deserved.  It’s a grieving tribute to Morgan’s teen-aged son, Jerry, whom he lost to a tragic boating and tubing accident.  Blake lost his older brother in a car crash. 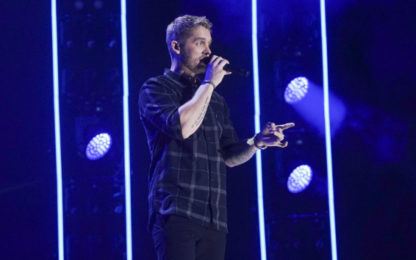 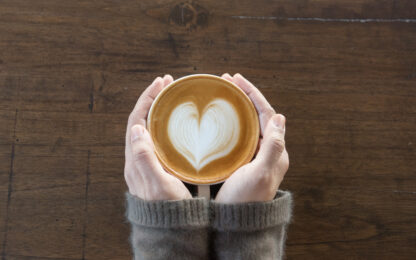