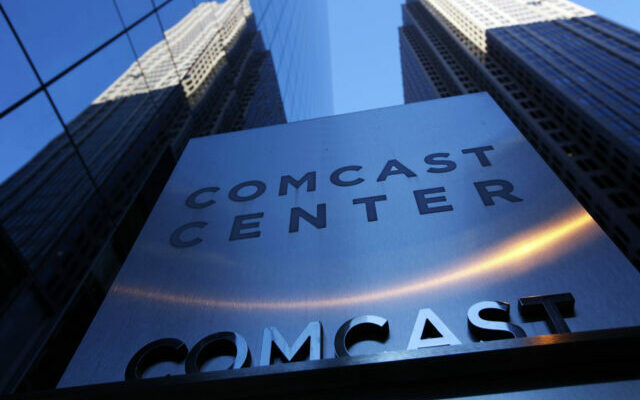 FILE - In this Dec. 3, 2009 file photo, a sign outside the Comcast Center, left, is shown in Philadelphia. Comcast Corp. reported an 8 percent drop in third-quarter earnings Wednesday, Oct. 27, 2010, a decline caused by expenses related to its pending acquisition of NBC Universal and other one-time costs.(AP Photo/Matt Rourke, file)

What started last night in the San Francisco Bay Area is now affecting the Chicago area. Internet from Comcast Xfinity is affecting radio stations, TV stations, home internet and phones. Not to mention those that use the internet from home to work. “Book Club Chicago” reports, people have posted to Twitter and other sites to say their internet is down. Comcast appears to be having widespread issues, as outages have also been reported in cities and states across the country. The outage began in the 7 o’clock hour.

A large number of customers experienced an internet outage last night. Outages were reported in different Sonoma County cities including Santa Rosa, Petaluma, Rohnert Park, and Windsor. Parts of Berkeley, San Francisco, Oakland, and Sacramento were impacted as well. Outages even went as far away as Chicago, Boston and Tampa, Florida.