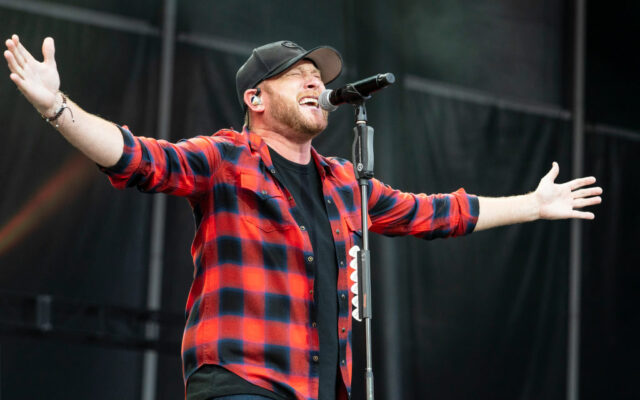 Cole Swindell tops the Billboard country singles chart this week with “She Had Me At Heads Carolina.” The song ascended the chart in just 12 weeks, making it his now fastest-rising single to date. Cole co-wrote the song with Thomas Rhett, among others, as well as the original writers on Jo Dee Messina‘s hit “Heads Carolina, Tails California,” Mark D. Sanders and Tim Nichols.

Cole said, “The reaction to this song has blown me away. From the minute I released it you all raised your hand in support of it, and it means the world to me. Getting to stand in front of you night after night hearing you sing it back is the best feeling in the world! So thankful for my team and everyone that makes these moments possible.”

This is Cole’s third consecutive Number One single from his latest album, Stereotype, and his career 12th career Number One.

Cole launches his headlining Back Down To The Bar Tour with Ashley Cooke and Dylan Marlowe on September 23rd in Helotes, TX.