During Cole Swindell’s performance at Country In The Park, the singer paid tribute to a California police officer, who committed suicide, last October 14th.  It happened during the performance of Swindell’s song, “You Should Be Here.”

“You Should Be Here” is a song about losing someone close to you, and wishing they were there for life’s amazing moments.

Swindell sported a Ramsey-named bracelet during the performance.  He talked to Officier Ramsey’s brother, Coleton Ramsey, his family, and friends.  Ramsey was found in his home, after 18 months on the force.

Ramsey was 25 years old and had served in Afghanistan.  He was  a former Army Ranger and combat veteran.

A fundraising page has been established to help his family, and to lay him to rest, after this tragedy.

“He had recently started his career with the El Dorado County Sheriff’s Office and was fulfilling a lifelong goal of working in law enforcement, following in his father’s footsteps,” the page reads.

The Police Tribune reports:  Donations above and beyond the expense of Deputy Ramsey’s funeral costs will be donated to a nonprofit organization, “22 Until Valhalla,” which seeks to help prevent military veteran suicides. 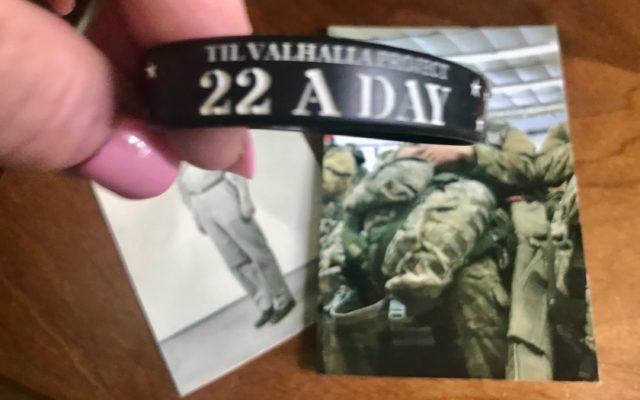