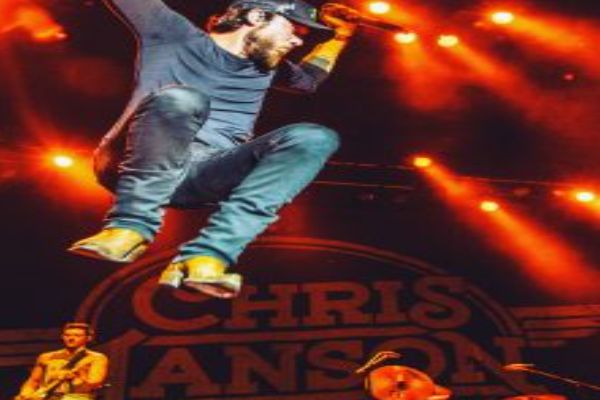 CHECK YOUR SMOKE AND CO2 ALARMS, TODAY.
Chris Janson and his family are thankful to be alive and that their house didn’t sustain too much damage; after a fire broke out, last week, while the family was sleeping.  Janson told People.com that his wife, Kelly, was the only one who heard the faint beeping of only one of their fire detectors and quickly woke up her husband and their two children.

Chris said, “This was not a little fire.  This was a legit, ‘7-foot flame, taller than me’ fire.  It was a ‘melting my ceiling fan onto my ottoman’ fire . . . The fire melted my ottoman and literally created a campfire essentially right in the middle of my studio room.  Thankfully, it didn’t burn the house.”

The entire bottom floor of Chris’ home is getting gutted, in the aftermath.

While no official cause of the fire has been determined, Chris believes it was his old laptop, which overheated.  The “Done” singer said, “The battery portion is burned up on it and is fused together with the charger.  I am quite convinced that it literally just got overheated and one thing led to another.”

He added, “I encourage people to check smoke alarms.  It’s something we don’t think about, but in ours, all of the detectors were supposed to be hardwired in and they are, but for some reason they all didn’t go off at one time.  Only the one in that one room was going off.”

17 hours ago
Connect With Us Listen To Us On