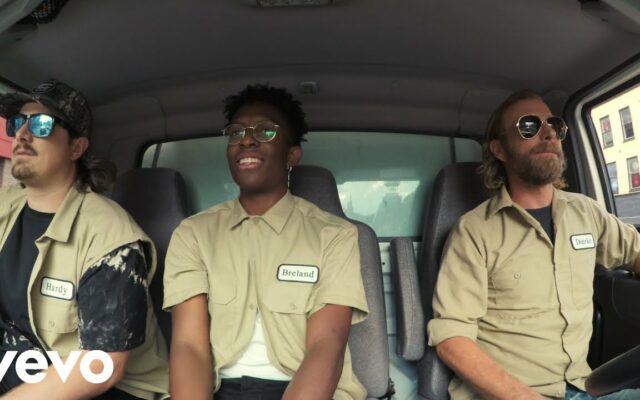 Breland recently sat down with the Tennessean to discuss his overnight success.

It only took two years for the “My Truck” hitmaker to become one of the most sought-after names in Country music…  Now, Breland is leading the genre in a new direction.  “[Above everything else] my talent has opened doors,” Breland said.  “In Nashville, people value talent above a lot of other things.  I’m not in the position I’m in because of a referendum on race.  Rather, I think there’s real traction that I’m gaining for my career because people are connecting to the uniqueness of my story as an artist, and that’s all rooted in my talent.”

Breland, who has worked with Keith Urban, Dierks Bentley (they performed live on CBS from Nashville, for New Year’s Eve), HARDY, Mickey Guyton, and Nelly, says he doesn’t want to be put in a box.  He says he is always working on different styles of music, which can all have space within the landscape of Country music.  With regard to performing “My Truck” at the Opry, in the same spot where Connie Smith performed, Breland says, “it’s important to realize that there was space for both of us in the circle, metaphorically and in real life. I imagine when I perform ‘My Truck’ before some newcomer in 50 years, they’ll call that song ‘old school.’“