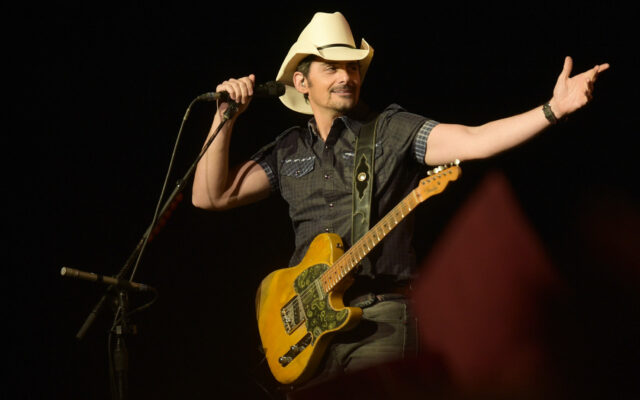 Brad Paisley recently sat down with Forbes to tell the unique story of how his “American Highway” bourbon came to be. Brad took the barrels of bourbon on the road during his 2019 tour which traveled 7,000 miles coast-to-coast through 25 states.

“Travel changes a human being, for sure. I’m a better person for having traveled, and it really does it to bourbon, too, in very similar ways. It smooths your edges and makes you, I don’t know, a little richer,” said Paisley.

The well-traveled bourbon was blended with other Kentucky bourbons and vials were sent to Paisley to try during COVID lockdowns.

“I know a lot of people got together on Zoom and drank during COVID, but not everybody did it with a purpose like we did,” Paisley says.

The next batch is already in the works following Paisley on his 2021 tour stops on a “rolling rickhouse,” Paisley describes American Highway bourbon saying, “To me, there’s caramel, cinnamon, and there’s also if you let it sit in the glass for just a minute or two, there’s a thing going on there that’s why we chose 96-proof, why we chose the blend we did. And I’m thrilled with it.”