Blake Shelton along with fiancee, Gwen Stefani, and Trace Adkins will be featured on a drive-in theater screen near you on Saturday July 25th. Tickets for the show go on sale Today (Tuesday 7/14) @ noon.
Shelton, Stefani, and Adkins will film performances and interviews for the simulcast that will be a part of the “Encore Drive-In Nights” series. The success of Garth Brooks’ June 27th show launched the series. Over 350,000 fans drove up for the one-night-only show.
The drive-in venues will adhere to all CDC guidelines and tickets go on sale July 14th through Ticketmaster. Each ticket will admit one vehicle. Here’s the complete story from CMT. 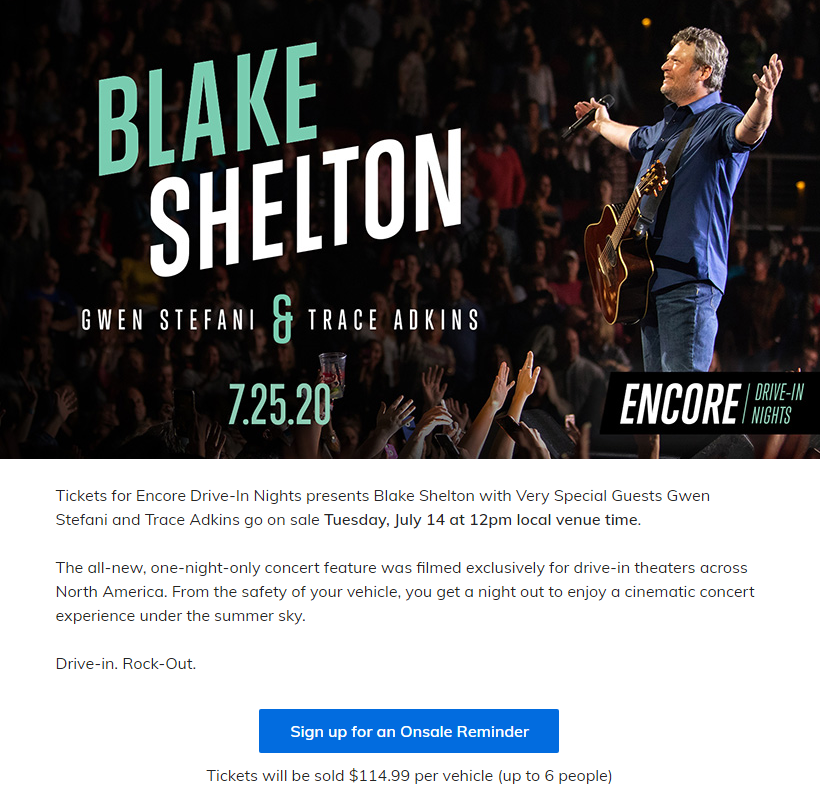 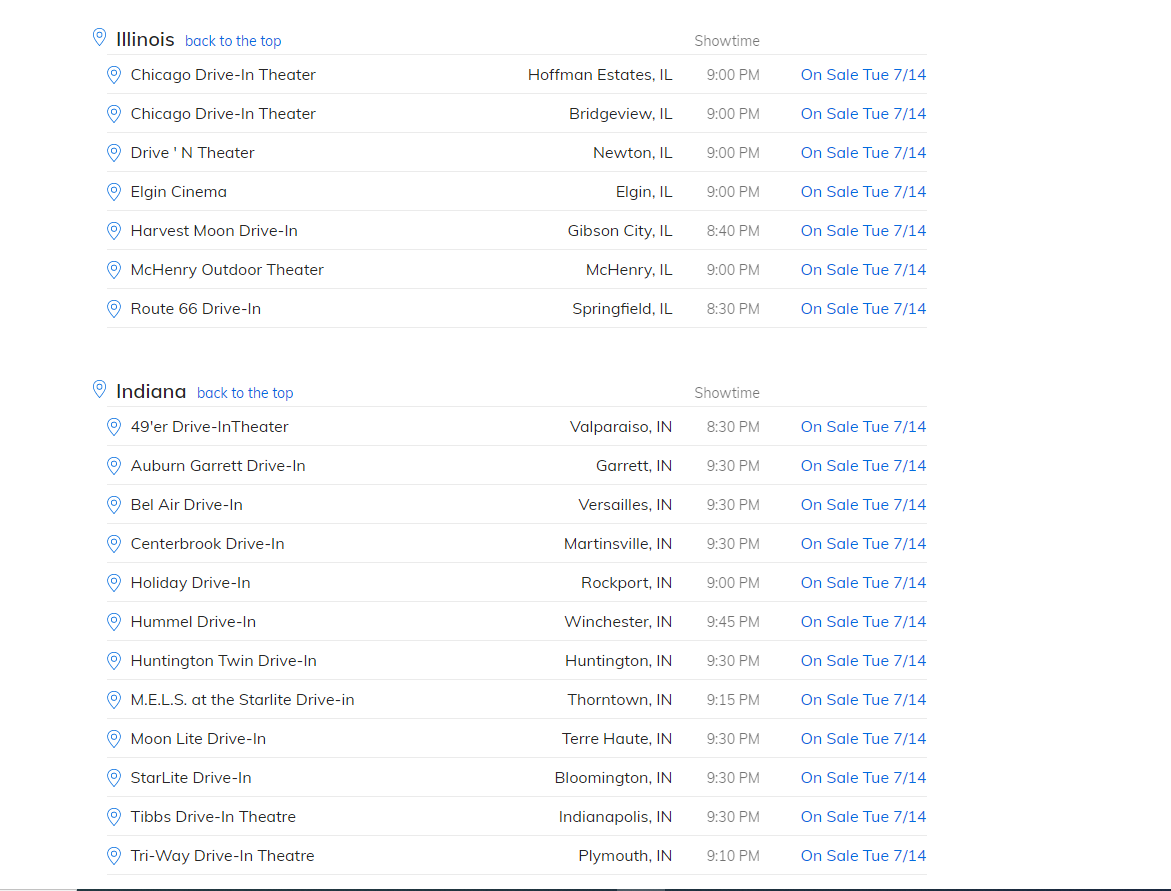