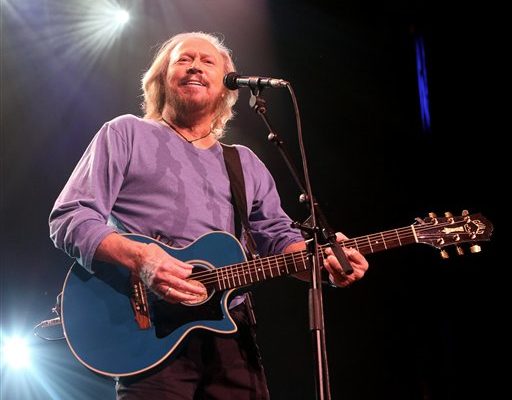 Barry Gibb of The Bee Gees performs solo in concert during his Mythology Tour 2014 at the Wells Fargo Center on Monday, May 19, 2014, in Philadelphia. (Photo by Owen Sweeney/Invision/AP)

Barry Gibb has a new release for 2021 on the way.   Greenfields:  The Gibb Brothers Songbook, Vol. 1, set for release January 8th.

With the announcement, Gibb releases a new song, featuring Jason Isbell, called “Words of a Fool.”  The song was originally featured on a self-titled album, which Gibb never released.

“I feel deep down that Maurice and Robin would have loved this album for different reasons,” said Gibbs. “I wish we could have all been together to do it…but I think we were.”

What is your all-time favorite song from the Bee Gees (the Brothers Gibb)?