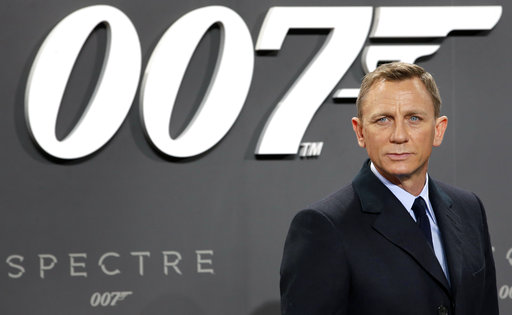 FILE - In this Oct. 28, 2015, file photo, actor Daniel Craig poses for the media as he arrives for the German premiere of the James Bond movie 'Spectre' in Berlin, Germany. Producers of the James Bond films say Cary Joji Fukunaga will direct the next instalment in the spy thriller series, replacing Danny Boyle. Michael G. Wilson, Barbara Broccoli and star Daniel Craig announced Thursday, Sept. 20, 2018 that the movie will start filming at London's Pinewood Studios on March 4, and will be released on Feb. 14, 2020.(AP Photo/Michael Sohn, File)

She spoke about who will play the role and said, “Nobody’s in the running.”

She added, “We’re working out where to go with him. We’re talking that through. There isn’t a script, and we can’t come up with one until we decide how we’re going to approach the next film because, really, it’s a reinvention of Bond. We’re reinventing who he is, and that takes time. I’d say that filming is at least two years away.”

Who should be the next Bond?