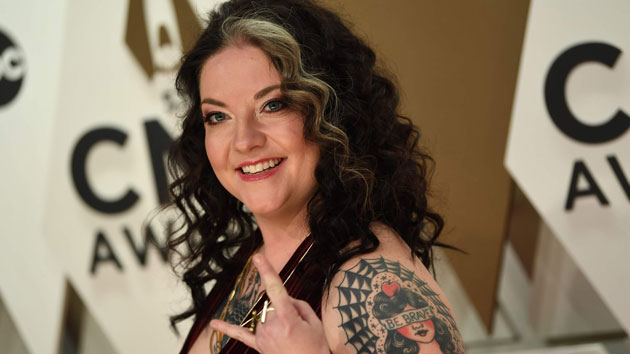 When Ashley McBryde released her album Never Will last year, she thought her schedule would’ve been jammed packed with performances of her singing songs off the new project night after night.

Quarantine had other plans.

Ashley says, “We released Never Will on April 3 last year, so we went straight from rehearsals for a tour to not seeing each other in person for months.”

Now, almost a year later, Ashley is trying to bring the “live” experience to her fans when it comes to some of the tracks off of the album with a new EP – Never Will: Live From A Distance. The 6-song collection featuring special live performances from Ashley and her band can be pre-saved now for when it comes out May 28th.

Ashley shares, “Getting together to rehearse and record these live versions safely was our way of giving the fans a taste of what they would have seen had the world not changed so much.”

And how was getting back into “show” mode for Ashley, “Man did it feel good to strap on the guitar and see my guys and just play.”

While the experience of playing with her band was great, Ashley knows there?s one more step to getting back to “normal”, “We cannot wait to do it again with our incredible fans in person soon.”