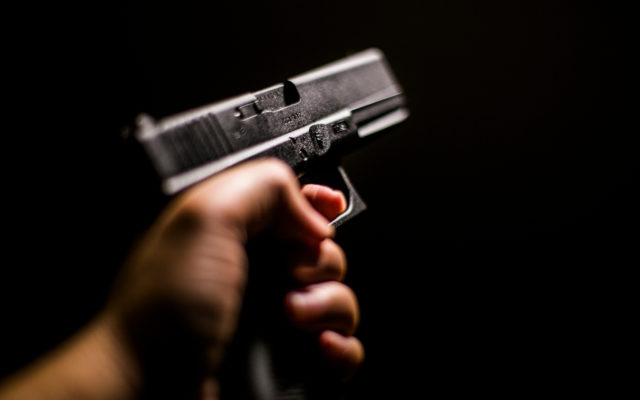 Alec Baldwin misfired a prop gun on the set of the movie Rust, on a Bonanza Creek Ranch set in New Mexico, killing cinematographer Halyna Hutchins and injuring director Joel Souza.  More information is coming out about the incident.  According to an affidavit released over the weekend, Baldwin was told his prop gun did not have live rounds.

The person responsible for handling weapons, Hannah Reed, recently shared her doubts about her ability to do the job well.  Reed was previously quoted discussing her experience working on the set of The Old Way, starring Nicolas Cage:  “You know, I was really nervous about it at first, and I almost didn’t take the job because I wasn’t sure if I was ready … but, doing it, like, it went really smoothly.”

The production company is investigating.

Baldwin shared his grief over the tragedy on Twitter, writing:  “There are no words to convey my shock and sadness regarding the tragic accident that took the life of Halyna Hutchins, a wife, mother and deeply admired colleague of ours.  I’m fully cooperating with the police investigation to address how this tragedy occurred and,” then adding, “I am in touch with her husband, offering my support to him and his family.  My heart is broken for her husband, their son, and all who knew and loved Halyna.”

According to the International Alliance of Theatrical Stage Employees (IATSE) Local 44, a union for propmasters, the gun that the 68-year-old fired did contain “a live round.”  An email sent out to members by the union also said that the Rust propmaster was not a union member.

The email stated: “A live single round was accidentally fired on set by the principal actor, hitting both the Director of Photography, Local 600 member Halnya Hutchins, and Director Joel Souza … Local 44 has confirmed that the Props, Set Decoration, Special Effects and Construction Departments were staffed by New Mexico crew members. There were no Local 44 members on the call sheet.”

Hutchins’ husband Matthew Hutchins spoke out, saying: “I am not going to be able to comment about the facts or the process of what we’re going through right now, but I appreciate that everyone has been very sympathetic.  I think that we will need a little bit of time before we can really encapsulate her life in a way that is easy to communicate.”

He especially praised Baldwin’s sympathy after the incident.

Souza has been released from the hospital.

The investigation is ongoing, and the no charges have yet been filed.

Meanwhile, hours before the deadly incident, a half-dozen camera crew workers reportedly walked off the set to protest working conditions, according to multiple reports.

There were complaints of low-pay, long hours and long commutes.  Safety protocols, including gun checks, were not followed closely.  Last week, at least one camera operator reportedly complained to production managers about gun safety specifically.

“There should have been an investigation into what happened,” said the crew member. “There were no safety meetings.  There was no assurance that it wouldn’t happen again.  All they wanted to do was rush, rush, rush.”

Hutchins herself had been pushing for better conditions – and was reportedly tearful – when members of the crew left in protest.

“She said, ‘I feel like I’m losing my best friends,’” recalled one of the workers.

“Corners were being cut — and they brought in nonunion people so they could continue shooting,” the knowledgeable person said.