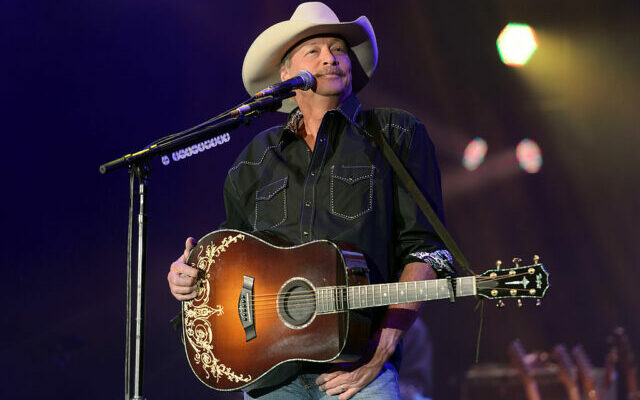 Alan Jackson tested positive for Covid, over the weekend, and had to cancel his show on Saturday (August 27th) in Kansas City.

Billboard reports that organizers plan to reschedule the concert for a later date, and the original tickets will be honored at the rescheduled date.

The concert’s venue, T-Mobile Center, published a statement from Alan, on Saturday, which read, “I’m so sorry I can’t be there tonight.  I hate to disappoint my fans.”

At this time, Alan’s One More for the Road Tour will resume on September 9th in Lexington, KY.

Alan has a pre-existing medical condition, called Charcot-Marie-Tooth disease.  It has nothing to do with teeth, rather names of its discoverers.

In an interview with Jenna Bush Hager of “Today,” the country superstar shared that he has suffered for years with the degenerative nerve condition.  Jackson explained that it is a genetic “neuropathy and neurological disease,” which he inherited from his father.
“There’s no cure for it, but it’s been affecting me for years,” Jackson told Bush.  “And it’s getting more and more obvious.  And I know I’m stumbling around on stage.  And now I’m having a little trouble balancing, even in front of the microphone, and so I just feel very uncomfortable.”

Due to unforeseen circumstances, tonight’s @OfficialJackson concert is postponed. Organizers plan to reschedule; all tickets for tonight’s concert will be honored at a rescheduled date. We wish Mr. Jackson a speedy recovery.” pic.twitter.com/E1i467U2JM