A Woman Wouldn’t Pass Gas in Front of Her Boyfriend, and It Put Her in the Hospital! 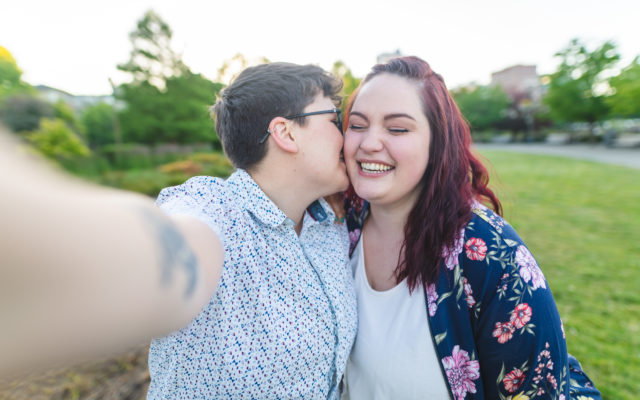 A young female couple takes a selfie while they're out an evening walk in the city. The one taking the picture is kissing her partner's cheek.

Most Americans won’t know this name, but people in Brazil do . . .

There’s a 27-year-old Brazilian singer who goes by the name Pocah . . . short for her old stage name, M.C. Pocahontas.  But she’s in the news for a completely different and hilarious reason.

She posted a series of videos on social media after she woke up at 5:30 A.M. the other day with severe stomach pains.  It was so bad, she went to the E.R.

But it turns out she was only in pain because . . . she refused to Pass Gas in front of her boyfriend!

She said they haven’t been dating long enough to be on “farting terms” yet, so she’d been holding them in.  And it caused a, quote, “accumulation of trapped farts” in her intestines.

She ended up deleting the videos after they went viral . . . maybe because her team decided being full of farts could damage her sex appeal.

The good news is she’s fine.  She says she’s “letting them rip” from now on, and encouraged her 16 million followers to do the same.