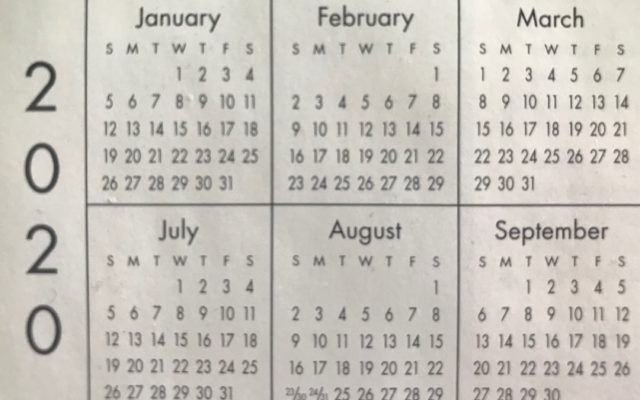 The first half of 2020 is done!  As we begin the second half, let’s hope things start looking up.

Here’s a quick rundown of the craziness we all endured in the first half of 2020 (a leap year, with a February 29th!):

4.  The Democratic primary.  It went on and on until Joe Biden had a big Super Tuesday win on March 3rd.  Bernie Sanders didn’t drop out for another month.

5.  March 11th:  The NBA suspends its season, and Tom Hanks has coronavirus.  That’s the day most people realized it was a big deal.

6.  March 13th:  Breonna Taylor is shot and killed by police in Louisville.

11.  May 5th:  Video of Ahmaud Arbery being shot and killed while jogging in Georgia started going viral.

13.  May 25th:  George Floyd is killed in Minneapolis.  Protests started a day later and didn’t slow down for weeks.