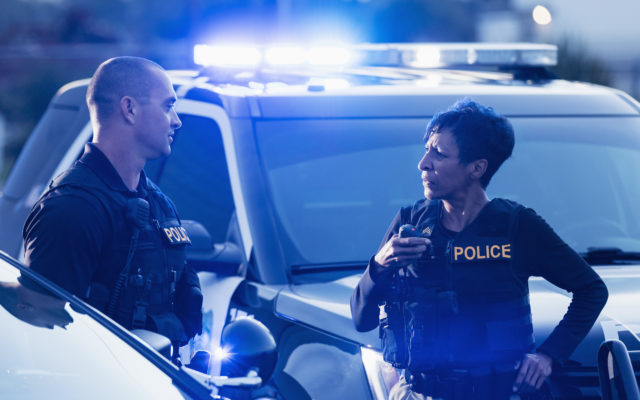 A guy in Oregon stole a car on Saturday, but there was a KID in the backseat, so he went back and LECTURE the woman he stole the car from on responsibility.  Then he had her take her kid out . . . and he drove off again.  The cops are trying to track him down.

Gotta love a thief with MORAL PRINCIPLES, no matter how hypocritical it is.

On Saturday, a guy stole a car from a grocery store parking lot in Beaverton, Oregon, when he saw it unlocked out front with the engine running.

But as he drove off, he realized there was a four-year-old kid in the backseat.

So the thief flipped a U-turn, and headed back to the parking lot . . . to LECTURE the woman he’d stolen the car from about how irresponsible it was to leave her kid, unattended, in the car, like that.

The police are still trying to track down the thief and the car.

As for the mom, she won’t be facing any charges for leaving her kid in the car.  The cops say it wasn’t a crime, since she could see and hear her kid, but she probably shouldn’t have left the car running.  Not sure that would fly, here in Illinois.