8:41 am – United Airlines Flight 93, a Boeing 757 with 44 people aboard, takes off from Newark International Airport en route to San Francisco.

8:46 am – Hijackers aboard American Airlines Flight 11 crash the plane into floors 93-99 of the North Tower of the World Trade Center, killing everyone on board and hundreds inside the building.

8:47 am – Within seconds, NYPD and FDNY forces dispatch units to the World Trade Center, while Port Authority Police Department officers on site begin immediate evacuation of the North Tower.

9:02 am – After initially instructing tenants of the WTC’s South Tower to remain in the building, Port Authority officials broadcast orders to evacuate both towers via the public address system

9:03 am – Hijackers crash United Airlines Flight 175 into floors 75-85 of the WTC’s South Tower, killing everyone on board and hundreds inside the building

9:08 am – The FAA bans all takeoffs of flights going to New York City or through the airspace around the city.

9:21 am – The Port Authority closes all bridges and tunnels in the New York City area.

9:24 am – The FAA notified NEADS of the suspected hijacking of Flight 77 after some passengers and crew aboard are able to alert family members on the ground.

9:31 am – Speaking from Florida, President Bush calls the events in New York City an “apparent terrorist attack on our country.”

9:37 am – Hijackers aboard Flight 77 crash the plane into the western façade of the Pentagon in Washington, D.C., killing 59 aboard the plane and 125 military and civilian personnel inside the building.

9:42 am – For the first time in history, the FAA grounds all flights over or bound for the continental United States.

9:45 am – Amid escalating rumors of other attacks, the White House and U.S. Capitol building are evacuated

9:59 am – The South Tower of the World Trade Center collapses.

10:07 am – After passengers and crew members aboard the hijacked Flight 93 contact friends and family and learn about the attacks in New York and Washington, they mount an attempt to retake the plane. In response, hijackers deliberately crash the plane into a field in Somerset County, Pennsylvania, killing all 40 passengers and crew aboard.

10:28 am – The World Trade Center’s North Tower collapses, 102 minutes after being struck by Flight 11

It’s the deadliest terror attack in history. 2,977 people were killed on September 11th, 2001: 2,753 at the World Trade Center . . . 184 at the Pentagon . . . and 40 passengers and crew in Shanksville, Pennsylvania. (Many of the remains still haven’t been identified. Two more victims were just ID’d this week through DNA.) 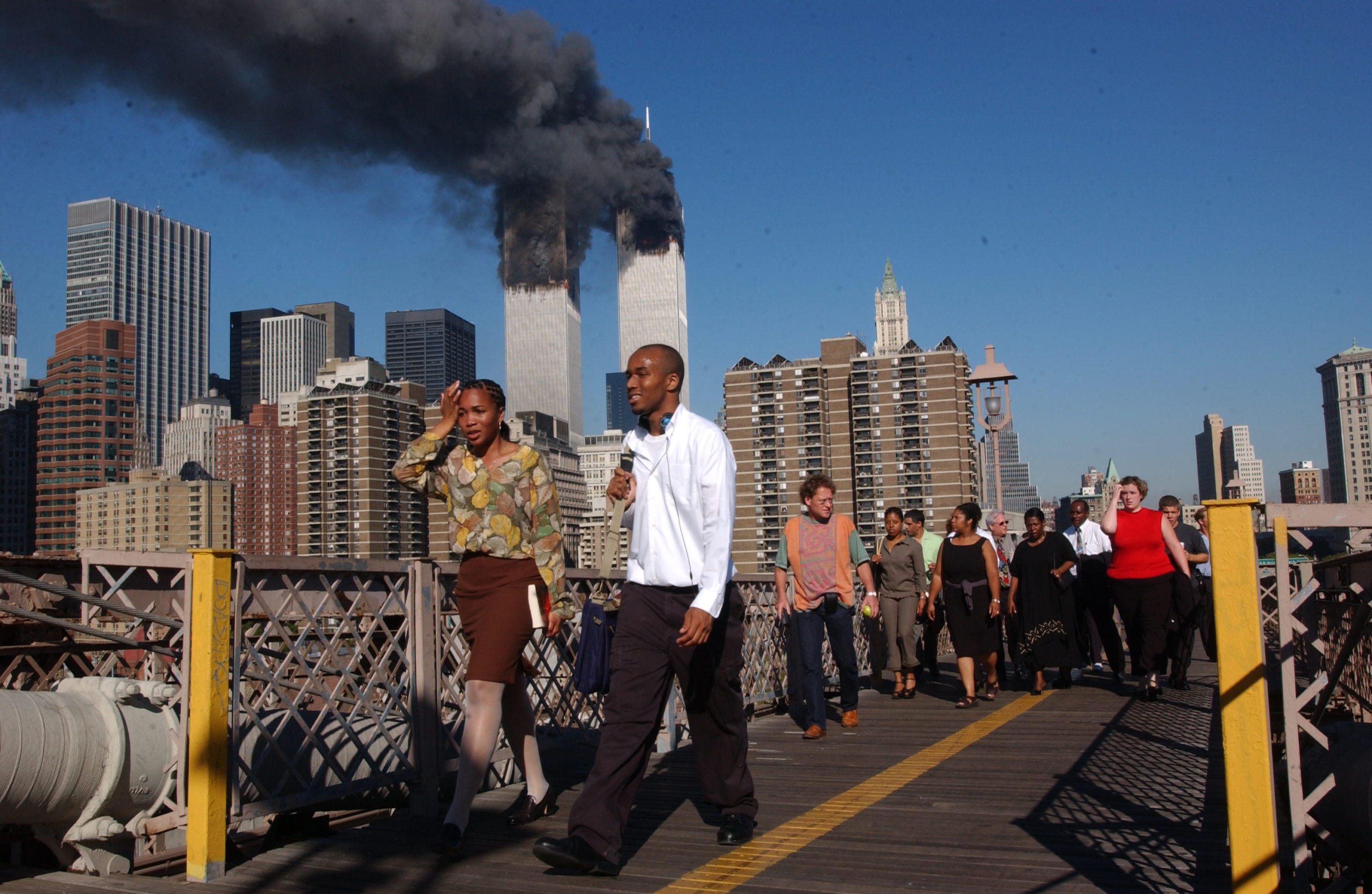 More than 80 nationalities lost at least one life that day. The British lost the second highest number of people. 372 non-Americans were killed, including 67 Brits.

20 people were pulled out of the World Trade Center rubble alive. The last survivor was trapped 27 hours before she was rescued.

The attacks were devastating, but Americans came together. In the first two days after 9/11, more than 1.5 million units of blood were donated nationwide. And that September alone, people donated $657 million to help the victims’ families.

24 hours ago
Connect With Us Listen To Us On