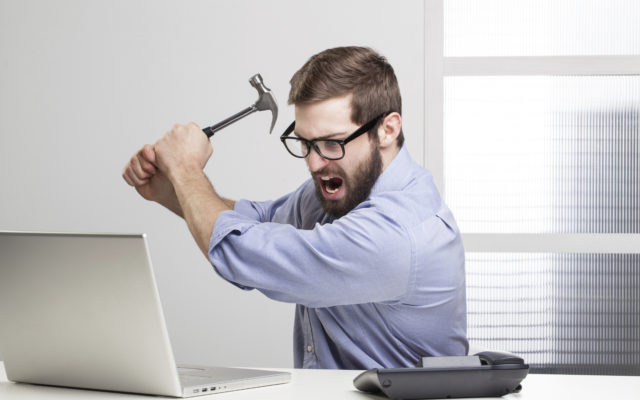 Here are ten things that are universally hated by everyone on Earth . . .

1.  Loud chewing.  Everyone hates it.  But if it makes you ANGRY, you might have a condition called misophonia.

2.  Slow walkers.  Especially when you’re behind them on the sidewalk and can’t pass.

3.  Group texts with too many people.  So there’s a “ding” ever five seconds.

4.  Being told to “calm down.”  It almost always has the opposite effect.

5.  Talking during movies.  It’s surprising how many people do it.

6.  People who clip their nails in public.  Do it on your own time.  Don’t make me watch.

7.  Close talkers.  Especially during the pandemic.

8.  Drivers who don’t use turn signals.  It’s for everyone’s safety, not just yours.

9.  Slow internet.  Even if it slows down for a minute, we’re enraged.

10.  Couples who argue in front of their friends.  It makes everyone uncomfortable.  Especially if they try to get you to pick sides, or back them up.