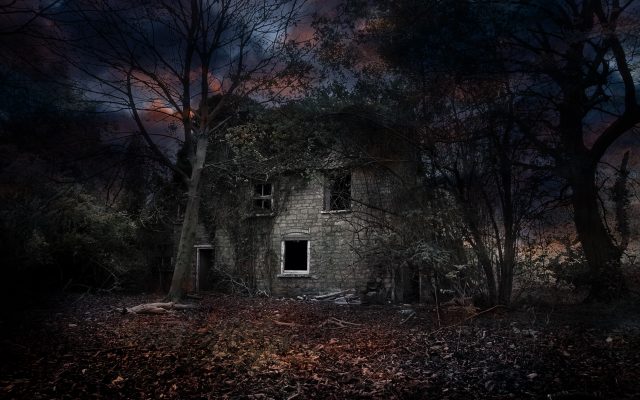 Not every horror movie is shot on a studio back lot.  Here is a list of 10 filming locations that you can visit. they are:

1.  The cemetery from “Night of the Living Dead”, in Evans City, Pennsylvania.

2.  The steps that Father Damien Karras falls down in “The Exorcist”, in Washington, D.C.

4.  The Myers house in the original “Halloween”, in South Pasadena, California.

5.  Oak Alley Plantation where Brad Pitt’s character lived in “Interview with a Vampire”, in Vacherie, Louisiana.

8.  The Dakota apartment building from “Rosemary’s Baby”, in New York City. It’s also the same place where JOHN LENNON lived and was shot in front of.  In the movie, it was called the BRAMFORD.

9.  The forest from “The Blair Witch Project” is Seneca Creek State Park in Gaithersburg, Maryland.

10.  The schoolhouse from “The Birds” is in Bodega, California.